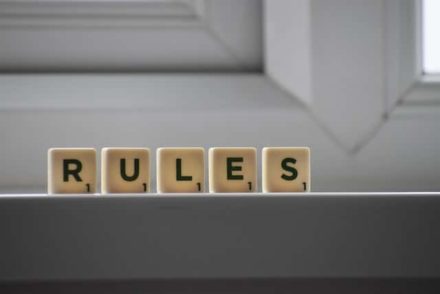 Another year, another set of new Rules. Or MANY Rules…

Real Estate in Canada is a Regulated business, and we’re glad about that. I’ve spent time
studying the Real Estate industry in different countries (RE/MAX is a Global organization with
over 135,000 agents in more than 115 territories) and have noticed the lack of consumer
protection in many of what we would consider advanced Nations due to minimal government
imposed Rules.
Canada does, however, seem to go a bit crazy with Rules. 2023 starts off as a banner year in
terms of new regulations in the Real Estate environment, and we thought we’d give you an
outline of exactly what these changes are.
We’ve rated each Rule on a scale of 1-5 in terms of how each will impact consumers (1 being
minimal impact, 5 being maximum). Since Rules affect different people in different ways, we’ve
broken down each on how it affects Buyers, Sellers, and Homeowners (those neither buying nor
selling).
As always, if you have questions or would like to chat further give us a call.

Federal ban on Foreign buyer purchases
Who: Government of Canada
Effective January 1, 2023, Foreign entities will not be able to purchase properties in Canada.
There are exemptions in addition to Canadian Residents including permanent residents,
international students and foreign workers as long as they have lived in Canada for a number of
years and intend to become permanent residents. Students must reside in Canada for 244 days
every year for the past 5 years and cannot spend more than $500,000 on a purchase.
The ban applies to residential housing with 3 or fewer units meaning foreign buyers can still
purchase apartment blocks in addition to recreational properties.
It is said this ban will exist for 2 years but it is unclear if this will be the case: it may remain in
place for some time.
This will have little effect on the Real Estate market, up or down. While “foreign” buyers have
for years been the scapegoat for runaway prices (see the 2016 news clip here
https://youtu.be/YIT31hgPcAM), the reality is that the actual number of foreign-originated
purchases here in Greater Victoria has never been high at conjecturally 2-4% of all transactions.
Think about it yourselves: do you have foreign neighbours or are there homes on your street
left empty from foreign purchases?
New Zealand implemented a ban in 2018, seeing its percentage of foreign buyers drop from a
an already low 2.8% to nearly non existent 0.4%. But like North America, prices there continued
to rise to historic levels even after the ban was imposed.
There is the argument that the top end of the market (the $5m+ homes here) has attracted
foreign buyers which in turn can skew average prices but the direct effect on common or
average homes is negligible.

In 2020 with borders closed during COVID and global uncertainty looming, foreign purchases
simply did not exist. Yet property values still skyrocketed without this influence, proving that
fellow Canadians themselves were fully capable of driving prices up. As a “trophy” City, Victoria
remains a destination of choice for Canadians either to retire to or work remotely from. With
time zones working in favour, Ontario-based employees start at 5:30am and end their day at
1:30 to enjoy the Victoria outdoor lifestyle!
Buyers 1/5 Homes won’t get cheaper and the primary influence (fellow Canadians) still exists
Sellers 1/5 The absence of foreign buyers won’t noticeably reduce the buyer pool
Homeowners 0/5 No change either way

“Coming soon” listings to be immediately posted on MLS
Who: The Canadian Real Estate Association
The Canadian Real Estate Association (CREA) consists of the over 70 Real Estate Boards across
Canada and administers REALTOR.ca, the consumer-facing resource visited by millions every
year in their quest for real estate. CREA imposes a set of Rules on the member Real Estate
Boards which in turn are to be followed by every REALTOR within each Board.
A common practice has been to announce “coming soon” meaning the property isn’t yet on
MLS but will be soon. You may have seen these on social media or on For Sale Signs.
In busy market areas such as Toronto, the primary intent of such posts is for the Listing Agent to
try to induce buyers to purchase directly through them, bypassing the buyer’s own Agent. As a
result, it is common for a Listing Agent not to cooperate with a buyer’s Agent yet when the
buyer themselves contact the Listing Agent they are ready for service. It creates an unfair
advantage which is not in the best interest of the consumer buyer. This practice is frowned
upon but difficult to police.
In an attempt to “level the playing field”, CREA is mandating that Coming Soon listings must be
posted on MLS for complete access within days of the Coming Soon announcement. Each local
Board will be able to determine how many days that will be, with implementation to be at
some point in 2023.
This will have little effect here in Victoria. Since June 2018, our Provincial Regulator- the British
Columbia Financial Services Authority (previously the Real Estate Council of BC) banned Dual
Agency and has strongly recommended that buyers have their own independent
representation. Additionally, “double-ending” (where there is no buyer representative) is a
risky proposition requiring Disclosures akin to the buyer waiving their representation rights.
This initiative is widely considered to be Ontario/Toronto centric, with little or no impact here
in our marketplace.
Buyers 1/5 Dual Agency is banned in BC with the BC Regulator strongly recommending buyers
seek their own representation
Sellers 1/5 Sellers still want the ability to test the open market. Working with a lone buyer
reduces competition
Homeowners 0/5 Absolutely no effect

Expansion of BC Speculation and Vacancy Tax
Who: Province of British Columbia
Launched in 2020, the BC Speculation and Vacancy Tax was meant to drive both non-Canadians
and Canadians alike to repurpose their occasional homes into full time rentals in an effort to
grow rental stock in the marketplace.
Originally limited to Vancouver, the Lower Mainland, Kelowna, Nanaimo and the Capital
Region, it has now expanded to include the Cowichan Valley and Ladysmith along with
Squamish and Lions Bay.
Each year, property owners must declare usage and any property not being used for rental 6
months of the calendar year are subject to a tax based on the assessed value of the property at
a rate of 0.5% for Canadians and 2% for foreign owned properties.
The Provincial Government has said that in 2020/2021, 26,000 homes moved from being vacant
to occupied/rented. A win for the government, yet just a small dent in the over 2,000,000
homes on the BC Assessment Authority database.
The government has reported that $78m was raised as revenue in 2021, 58% of which was paid
by foreign owners. That means fellow Canadians paid 42% of that revenue.
This initiative has probably had the lowest impact on the Real Estate market than any other.
While we have served disgruntled clients unhappy with the Government’s interference on how
their property was to be used, it has yet to generate any meaningful increase in inventory
either for sale or rental and it has definitely not made homes any more affordable. Most
properties affected were high-end properties, not the entry-level ones.

Buyers 1.5/5 Eliminates or minimizes a buyer’s option to keep their home for their own
occasional use only
Sellers 1/5 Could possibly reduce (minimally) the buyer pool
Homeowners 0/5 No effect at all for full time homeowners

BC Housing Supply Act
Who: Province of British Columbia
Launched just days after BC’s new Premier David Eby was sworn in, the Act encompasses 3
initiatives which separately may have direct effect on you.

Home Buyer Recission Period (HBRP)
Who: Province of British Columbia through the British Columbia Financial Services Authority
Hundreds of frustrated buyers lost out in competing offer situations over the past 2 years. The
combination of high demand and low inventory caused buyers to write offers free of conditions
and at prices at times 20% or more above list price just to succeed.
Effective January 1, 2023, the Provincial Government has put controls in place enabling buyers
to “cool off” on purchases, giving them 3 days to change their minds and cancel the contract if
they wish. But if they do so, they must pay the seller a fee of 0.25% of the purchase price-
intended to curtail the existence of phony or impulse purchases.
While this control would have come in handy during the heyday of bidding wars, this is indeed a
case of bad timing. Very few offers are unconditional today so a buyer can simply wait until the
4 th day to cancel their conditional offer without recourse.
Buyers 2/5 The ability to back out of their deal
Sellers 2/5 The chance that their unconditional sale may cancel within 3 days
Homeowners 0/5

Federal Anti-flipping tax
Who: Government of Canada and Canada Revenue Agency
Designed to reduce speculative demand in the marketplace and to cool price growth, the
Federal Government, thru the Canada Revenue Agency, will disallow the use of the principal
residence exemption to shelter Capital gain if an owner sells their home within 12 months at a
profit. There are exemptions for disability, separation, death and work relocation. The entire
gain will be classified as 100% business income.

Again, a matter of timing here. This presumes owners will have a significant Capital Gain in the
next 12 months, which at this point does not exist.
Buyers 1/5 Possible concerns if the buyer’s immediate future is uncertain
Sellers 2.5/5 Chance they could be subject to capital gains tax depending on circumstances
Homeowners 0/5

Bonus entry: not a Rule or Regulation but a major impact in the lives of Canadians

Escalating interest rates
Who: Bank of Canada
A primary tool the Bank of Canada uses to combat inflation or cool/stimulate the economy is
adjusting interest rates.
In March of 2022 the policy rate was 0.25%, contributing to consumer spending and fueling the
economy during COVID. In the wild Real Estate market, buyers were finally being able to
purchase either their first home or upgrade to their dream home.
But low rates were never going to be permanent, and in 2022 the Bank of Canada increased
rates on 7 occasions, ending at 4.25% as of the time of writing.
The brakes were applied around April of 2022, with impending rate increases causing buyers to
hold off on purchases. Bidding wars became less frequent with sellers unable to sell in a
market where prices started to soften.
For many, monthly payments for mortgages and lines of credit jumped as well. We’ve heard of
payments jumping $900/month or amortization periods growing from 25 to 60 years just to
offset the rate increases.
Yet interest rates don’t dissuade every buyer. For many, the market cooling and abatement of
multiple offers have created an ideal opportunity to step up into a larger or better property
using significant equity built up in their present home. Not everyone has mortgaged 95% of
their home, there is a large segment of clear title or mortgage-free owners out there.
It’s important to mention the market isn’t dead. Victoria still sees hundreds of property sales
each month, with consumers needing to move up or down and new Victorians entering the
market every week. There will always be a strong market here- perhaps never again as strong
as at the start of 2022
Buyers 5/5 Buying power is influenced by rates
Sellers 5/5 Buyer motivation has cooled
Homeowners 3/5 Secured lines of credit have larger monthly payments